Coronavirus: Thousands in Chicago plan to sing Bon Jovi ‘Livin’ on a Prayer’ from windows 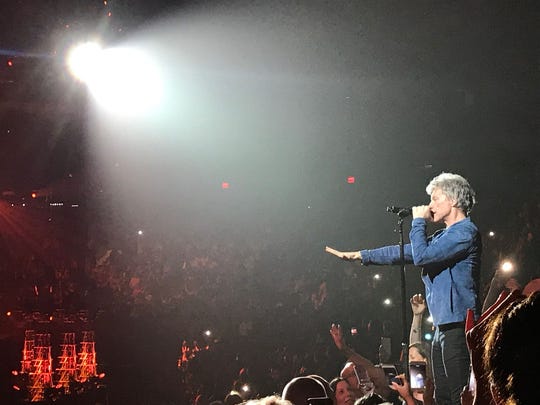 Where there is “Prayer,” there is hope.

A group of Chicagoans will sing the Bon Jovi hit “Livin’ on a Prayer” from their balconies, windows and rooftops 7 p.m. Saturday, March 21 as a way of showing solidarity while Illinois is in a “stay at home” order due to the coronavirus outbreak.

“The song has this ability to make people come together,” said Jenni Spinner, who organized the “Chicago-Wide Window Sing-a-Long” with Rebecca Kell. “We were trying to think of a song that everybody knows and is sort of uplifting by someone who isnt a garbage person and that came to mind.”

“In the Me Too era, every other day we’re finding out about somebody we’ve looked up to forever who ends up being a racist, or a Trump supporter, or a rapist or there’s something about him that turns you off,” Spinner said.

Bon Jovi’s philanthropic pursuits include three Soul Kitchen Community Restaurants in New Jersey where diners pay what they can to dine. They’re closed now due to the coronavirus outbreak, but takeout is still available for those who need it. Bon Jovi was pictured washing dishes at the Red Bank location on Wednesday, March 18.

As for “Living on a Prayer,” it was written by Bon Jovi, Richie Sambora, and Desmond Child, and was the second single from the band’s breakthrough album, “Slippery When Wet” in 1986.

And in Chicago. Check out the sing-along’s Facebook for more info.

“(Bon Jovi’s) music energizes and uplifts and it’s good that they’re putting positive stuff out into the world,” Spinner said. “Now is a time when we really need that kind of thing.”