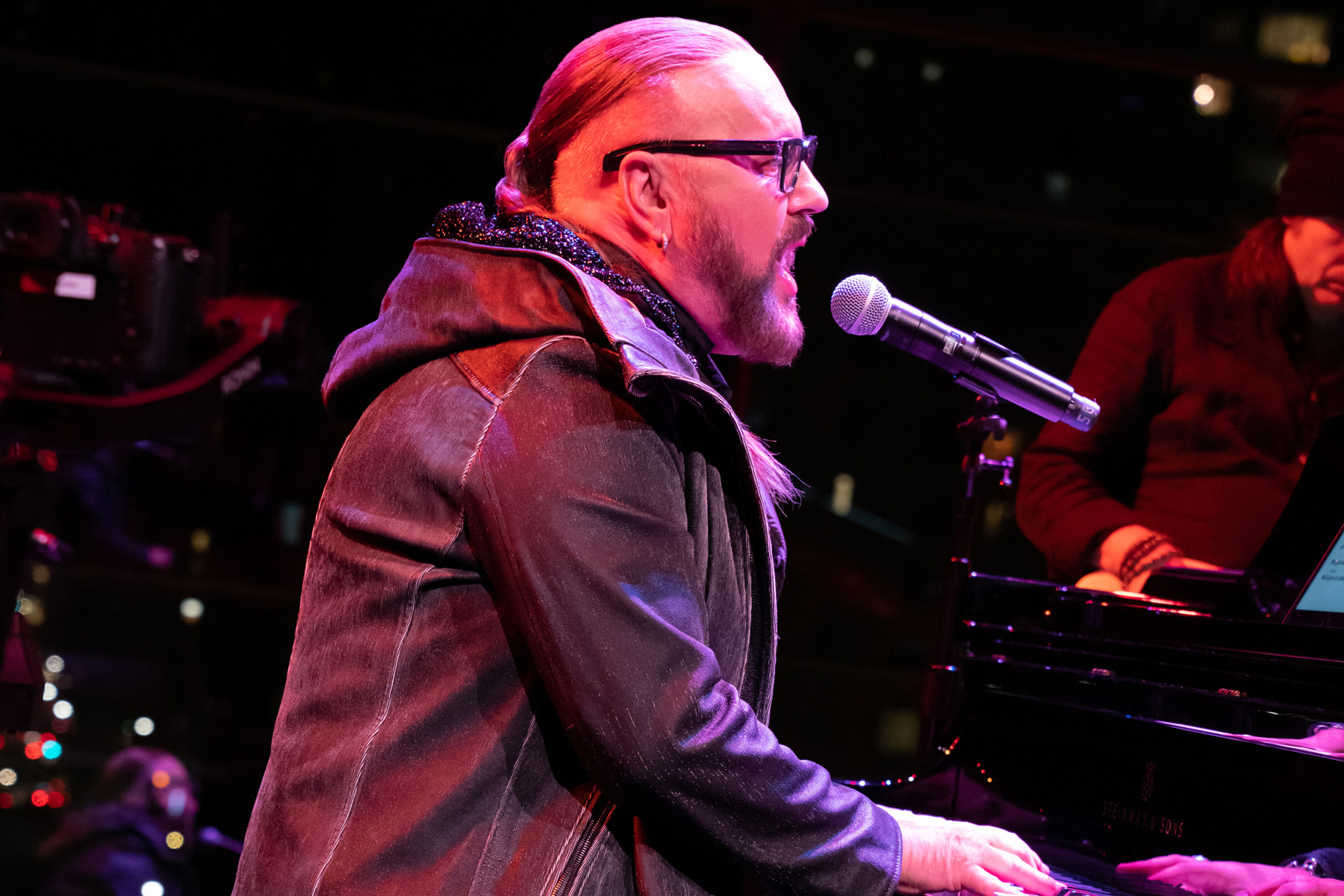 From the real inspiration for “Gina” in “Livin’ on a Prayer” to hit-writing secrets, the songwriter opened up at Lincoln Center’s American Songbook concert

Songwriter Desmond Child gave a New York City audience a tour of his many hits for Bon Jovi, Aerosmith and Katy Perry on Saturday night for a performance that was part of Lincoln Center’s American Songbook series. He interspersed the set list — which he sang along with help from singer Lena Hall — with tales about the artists and other songwriters he’s worked with. Some of these stories will likely appear in his upcoming memoir, Livin’ on a Prayer: Big Songs, Big Life, which he co-wrote with David Ritz, but others were off the cuff, such as when he previewed a Broadway musical titled Cuba Libre that he’s writing about Cuba.

“My mother was Cuban, and it’s a true story of two glamorous sisters, Beba and Miriam, who were the ‘it girls’ of the time,” he said. “Beba was the mistress of the dictator [Fulgencio] Batista. She started with him when she was 19. And Miriam became Fidel Castro’s lover after the revolution. So it’s two sisters, two dictators, one island.”

Here are five things we learned from the performance.

1. His hits inspired jealousy among the artists he worked with.
Joan Jett scored a Number Eight hit with “I Hate Myself for Loving You,” which she co-wrote with Child in 1988. The song was so good that it turned another one of Child’s hitmakers green with envy when he played it for him. “I remember when I first played it for Jon Bon Jovi, he looked at me and he said, ‘Fuck you,’ and walked away.”

2. He based some of his songs’ lyrics off people he knew.
In Bon Jovi’s “Livin’ on a Prayer,” part of the first verse goes, “Gina works the diner all day/Working for her man/She brings home her pay for love.” At the concert, he pointed out the real-life Gina, who was sitting in the audience, still rocking a big, Eighties-style hairdo. “Singer-songwriter Maria Vidal is here tonight,” Child said, pointing to his sometime bandmate in his late-Seventies group Desmond Child and Rouge. “When our group was coming up and struggling, she was working as a singing waitress at Once Upon a Stove on the east side. And all the waiters and waitresses all went by these fake stage names and Maria’s was ‘Gina Velvet.’ And that’s where I got Gina for ‘Livin’ on a Prayer.’”

3. He has a trick to writing hits.
When Child was working for Four Seasons songwriter Bob Crewe early on, he picked up a tip he’s relied on throughout his career. “He always said, ‘Start with a great title and build everything towards it,’” Child recalled. “When I learned how to write like that, every hit I ever had just came tumbling in. So for all of you who are aspiring to write hit songs, remember that.” He used that as a transition into his rendition of Hanson’s 1998 single “Weird,” which he said he’d based on the fact that a lot of kids were saying the word “weird” at the time.

4. He once told a pretty big lie to Michael Bolton to cover his tracks during a recording session.
When his band was tracking the music for the Number Three hit “How Can We Be Lovers,” he discovered that someone had inadvertently recorded over some of the backing tracks. “All we could hear were two or three instruments playing,” he said. “It was really messed up. And right at that minute, we heard that Michael was on his way up in the elevator. I said, ‘Open up the door [to the mixing desk] and get under it like it’s a car.’ So they were under it, and Michael busted in like, ‘What’s going on?’ I conned him and told him the board was broken. He was not happy. I was like, ‘It’ll be fixed in a few minutes.’ So three-and-a-half hours later, he was fuming … and he finally gave up and drove back to Connecticut. When the coast was clear, we meticulously re-recorded every instrument and singer all night long. The next morning he came in and sang like a bird as if nothing ever happened.” He finally confessed to Bolton last year. “Thank God, he was the new, nicer Michael,” Child said. “The old Michael would have thrown his mullet at me.”

5. People tried hard to keep him from working with Ricky Martin but it nevertheless turned into a surreal experience.
“The first day I met Ricky Martin, it had been arranged by the record company,” he told the audience, adding that the first time he’d heard of the singer was through his stint acting on General Hospital. “I was already living in Miami Beach… and started going to salsa clubs and learning how to do all these dances. [Ricky] was only living six blocks away, but of course he came with this entourage and two limos. And I heard later on that there was this very big Latin producer telling him to turn the cars around and not come to my house because I didn’t know anything about Latin music. So he came, and I met Draco [Rosa, songwriter], and he was such a character. He looked like Che Guevara and was holding a Bible. He had all these songs in it. And we ended up writing some of the sexiest music of all time together.”