By adminFebruary 5, 2022No Comments 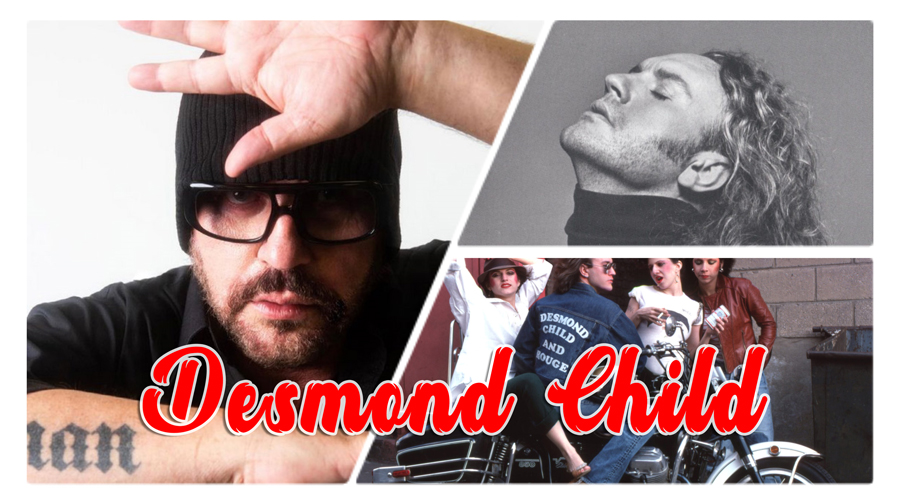 Original Article. We have done several interviews with Desmond Child in the past. This does not mean that in every next one he doesn’t surprise us and doesn’t reveal things we didn’t know about. He is a source of inexhaustible energy, spontaneity and humor, which accompanies him in whatever he mentions. He skips from one subject to another and draws parallels from his life to his work, both past and present. Maybe this is one of the secrets of his success, which has a special significance and value because it is the success of a person who started literally from scratch. He grew up in very difficult economic conditions and circumstances, experienced significant socio-political changes, lived in exile, did not know who his biological father was; and yet Desmond Child managed to stand out and be recognized today as one of the most successful composers of all time, beyond musical genres and preferences.

In 2020 with the single by Ava Max he makes an incredible record. He had a No. 1 hit for every decade since he started his career, back in the1970’s. In fact, he considers “Kings & Queens” a rock composition by the standards of the ’80s, which was undoubtedly his most successful. “I will write 80s music, while I will be in my ’80s “, he says.

During his quarantine and inactivity around the world he grabbed the opportunity to write his autobiography with the famous author and genre expert David Riggs. The book will be called “Living On A Prayer: Big Songs, Big Life” and is expected to be highly cinematic. The title is obviously a direct reference to the great success of Bon Jovi, a band with which he maintains a very close relationship to this day and which are mentioned several times in the conversation. ” You’re really not good at business. You’re not good with money. OK, OK, I’m a songwriter. I’m an artist. Not everyone can be a dynamo like him. He has it all as an artist, the looks, the business, the personality and the teeth to go with it.”.

A highlight that stands out is working with the Finnish band The Rasmus, for whom he even wrote the song “Jezebel” which they submitted in order to represent their countey in this year’s Eurovision song contest. “We made what I think is a masterpiece called “Black Roses”. We had a big hit, Livin’ in a World Without You”. This summer, when I was on vacation in Greece, Lauri called me up and said, Hey, I want to write with you again”. So I said, “OK, come on, come. And he came all the way from Hawaii, where he lives. He had to fly, I don’t know, like two days to get there. And he was just there for three days and we wrote a couple of songs. And I’ve been working on the production of them. And so it’s really fantastic to work with him. I have that chemistry with him.”.

What played a key role in his life, however, was a trip to the then Soviet Union with other American composers. Experiencing the regime up close made him see his personal life more clearly and escape a major deadlock.

The great composer seems to be stoked to collaborate with British bands such as Duran Duran and Tears For Fears, whom he describes as completely different from the Americans. But also Def Leppard, Motley Crüe and Bryan Adams, although this has been very difficult in the past. “You see, I was not Mutt Lange (with whom the Canadian worked).I was like the girl that you date after your two divorces. And all you do is talk about your ex-wives”

Talking about Greece, a country that Desmond visits every year for vacations and sometimes for collaborations such as with Phoebus and Sakis Rouvas for “Ola Kala” of 2002, he states that he wants to appear in our country at some point. But he will avoid any sacrifice to dance Greek dances! “We were at a Greek dance (SS who knows where his company dragged him to) and somebody pushed me out into the middle and I did this crazy dance. And my sons videotaped me and they keep showing it to their friends and laughing. And I was like doing all these like crazy moves, all these crazy moves that I see on Instagram and these crazy TikTok dances. And they were like… appalled. They just were so embarrassed!”

Finally, he considers it certain that at some point he will be able to play a concert in our country; So we are waiting for him!