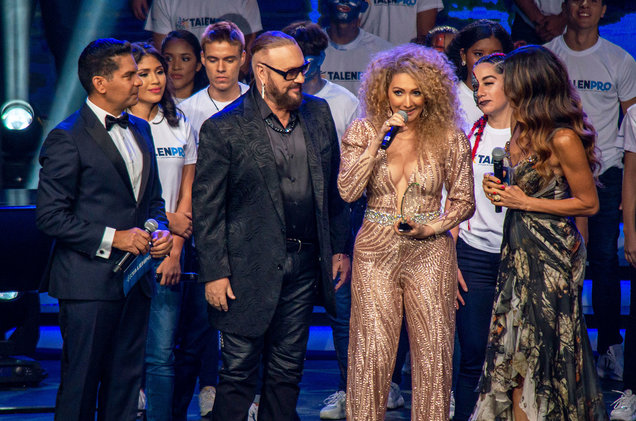 Singer/songwriter Erika Ender’s a-ha moment came after visiting a garbage dump in her native Panama City. There, scouring among heaps of refuse, was a disabled girl whose toes had been eaten by rats. Ender, whose physician parents had long instilled in her a sense of giving back — and who had long done community outreach — decided there and then that she needed to create something tangible that could have a lasting and positive effect on marginalized communities.

She also knew that it had to draw from her artistic background.

As part of her Abriendo Puertas (Opening Doors) foundation, the “Despacito” co-writer launched TalenPro (Talento con Propósito, or Talent with Purpose), an initiative that fosters the arts among students while encouraging them to give back to their communities. TalenPro works as a talent contest in the fields of songwriting, performance, dance and video production, where, as part of the competition, contestants have to design and execute a project that helps younger generations.

On Sunday night (Oct. 20), in an emotional grand finale in front of an audience of more than 5,000 people at Panama City’s Convention Center, 12 finalists – including six singers — vied for the top prize in each category: a full college scholarship.

“We are betting on a future that uses talent as a vehicle,” said Ender. “It does us no good to grow economically if we don’t believe in art and education and culture.” Ender’s event went beyond showcasing and honoring. In the four years she has produced and hosted the TalenPro gala, she’s given out 25 scholarships and has brought in industry heavyweights to judge the finale, lend credibility and a sense of accomplishment to the contestants. 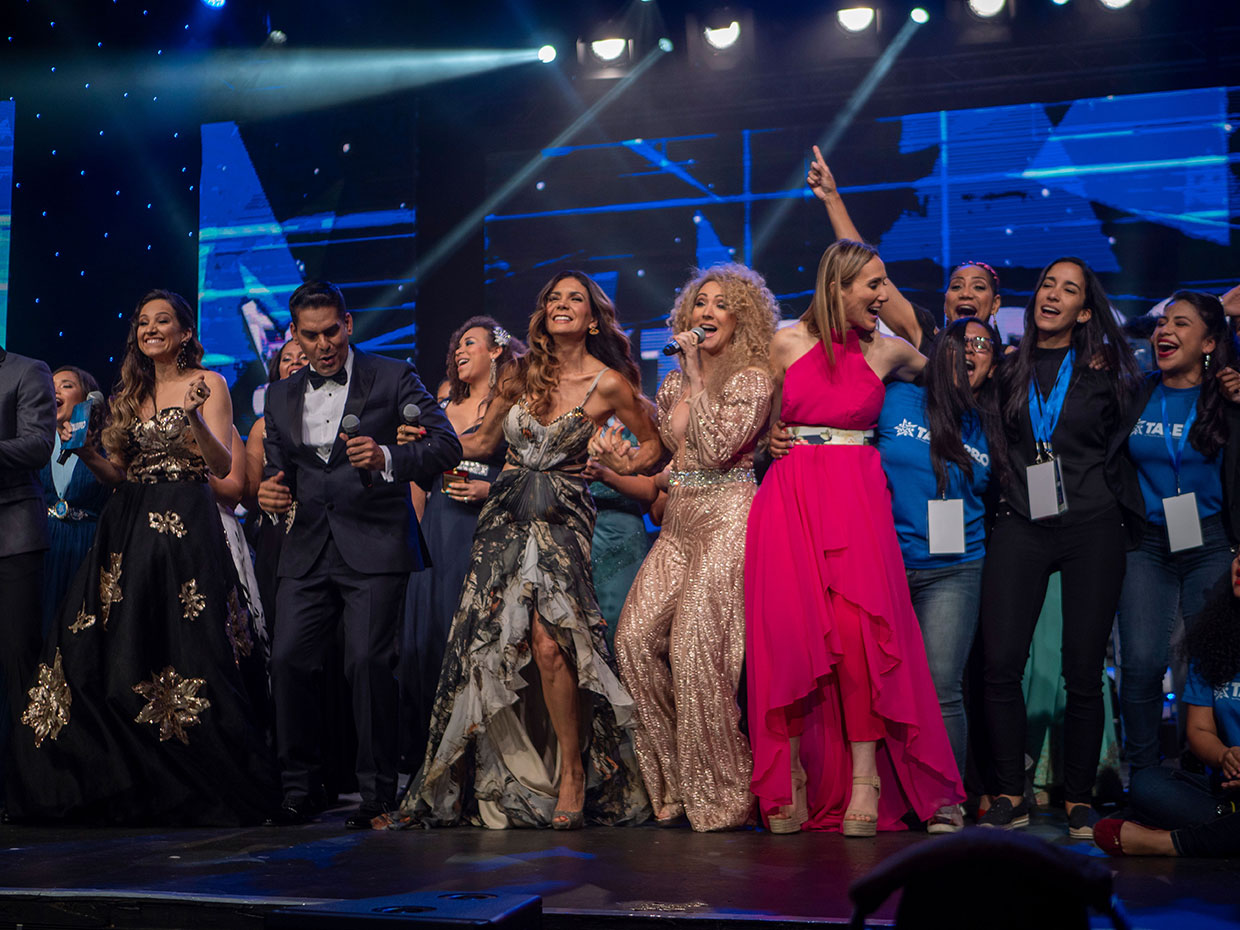 Beyond the stage, TalenPro’s impact was palpable. In a country of only four million people, the gala aired on national television, providing a broad platform to disseminate its work. The volunteers working the floor were members of Ender’s fanclub, and every contestant brought his or her “brigade;” the group of students they had brought together to execute their projects. 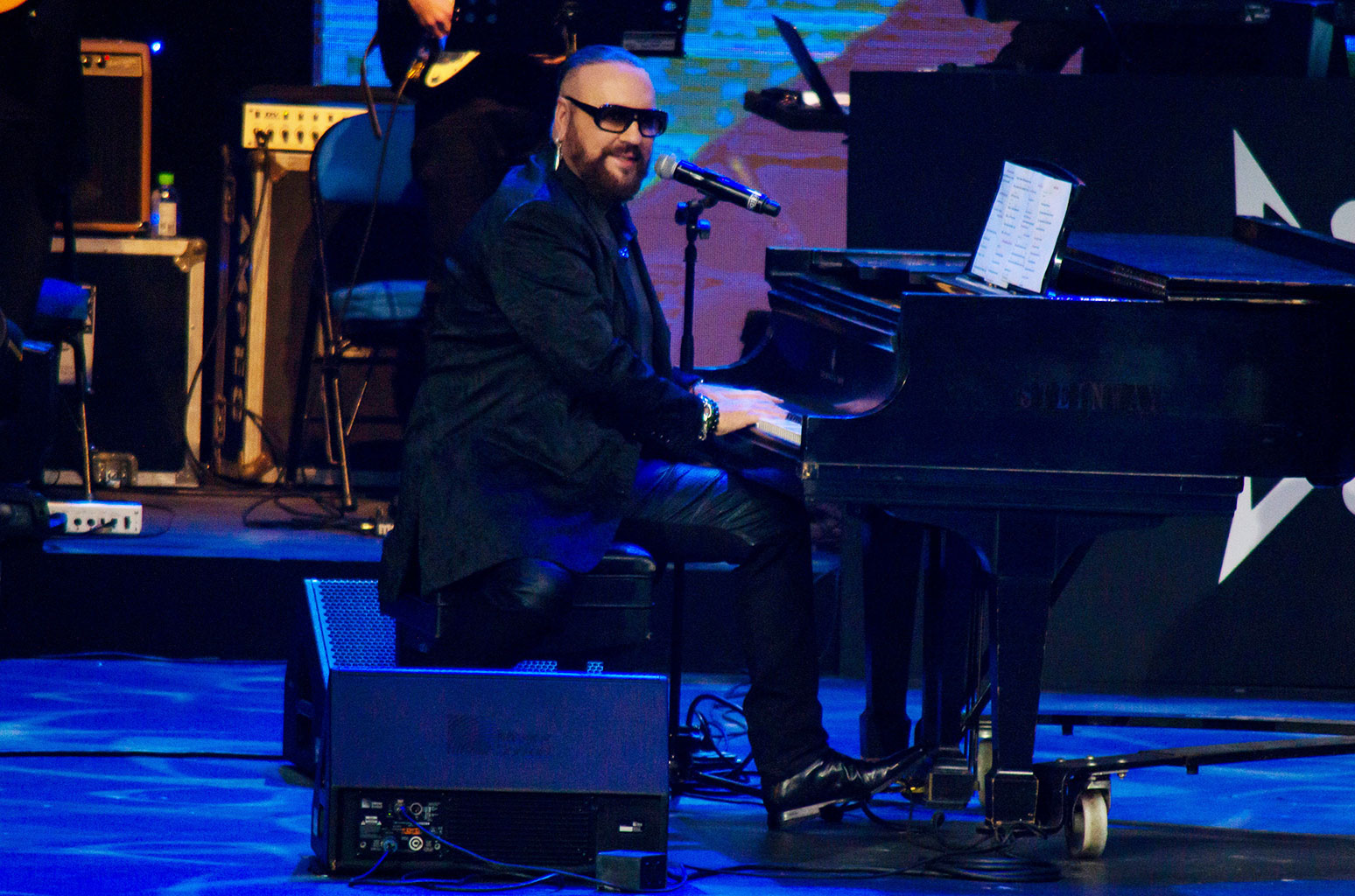 Desmond Child performs a medley of hits, including “Living On a Prayer.”

As a result, viewers got a chance to see teenagers, mostly from middle to lower middle class schools, actively working to improve the community around them. Winning projects included remodeling school playgrounds, classrooms and kitchens, and restoring power and water to rural schools. “We want to make a change,” said Ender. “What good is success if we don’t give back and don’t serve as examples?”