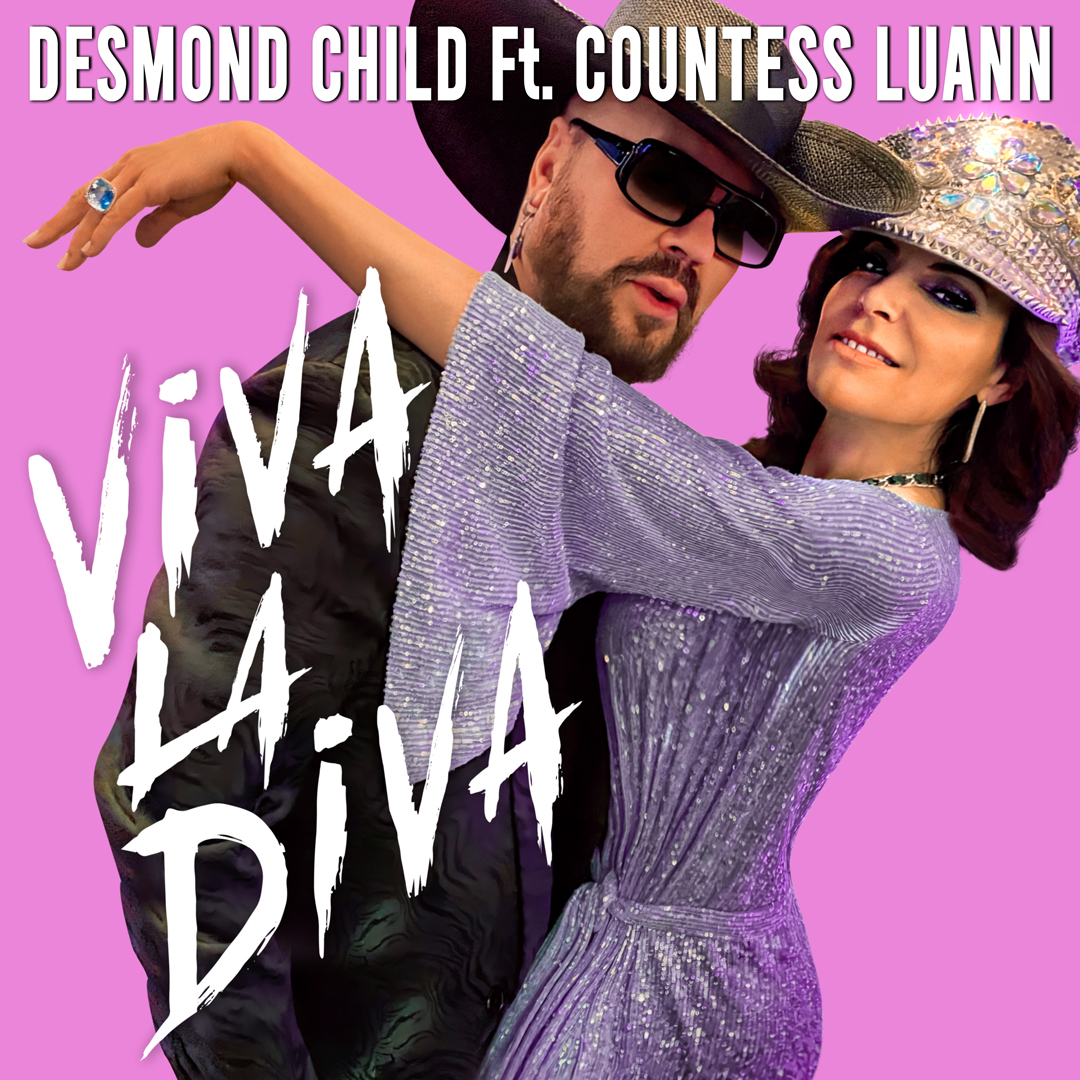 Songwriter-Producer Behind Iconic Collaborations Including “Livin’ On A Prayer,” “You Give Love A Bad Name,” “Dude Looks Like A Lady,” “Livin’ La Vida Loca,” and Many More, Debuts Latest Pop Anthem

FOR IMMEDIATE RELEASE New York, NY (August 21, 2020) – On August 21, Songwriters Hall Of Fame inductee, Grammy-winning and Emmy nominated songwriter-producer, Desmond Child, will release his brand new single “VIVA LA DIVA” (BMG) featuring Countess Luann, star of The Real Housewives of New York City. From Cher to Barbra Streisand, to Joan Jett and Katy Perry, and now with Countess Luann, Child continues to fill the airwaves with genre-defying collaborations with the biggest mega- divas of all time. Now in its 12th season, The Real Housewives of New York City will see Desmond Child and Countess Luann working together in the studio for what is set to become one of 2020’s most empowering and fun anthems, “VIVA LA DIVA.”

“Throughout my career, I’ve had the privilege of working with the biggest and brightest mega-divas of all-time… a lot of them were guys too. Ha!” says Child. “The Countess and I had a total blast making ‘Viva La Diva’ which I co-wrote with iconic Songwriters Hall Of Fame Inductee, Carole Bayer Sager and music executive and renowned Barbra Whisperer, Jay Landers.”

“I was thrilled to be in the studio with Desmond – he is truly a legend,” says Countess Luann. “To be able to work with someone who has written with so many iconic artists like Bon Jovi, Aerosmith, KISS…. and to be in the company of Cher and Barbra Streisand, Christina Aguilera and Kelly Clarkson… it’s a diva’s dream come true!”

Desmond Child and Countess Luann’s recording session will be highlighted in the season finale of The Real Housewives of New York City airing September 3, as will the “VIVA LA DIVA” music video filmed at Feinstein’s/54 Below. The famed Broadway Supper Club is also where Child’s recently released album, DESMOND CHILD LIVE, was recorded. On this album Child performed some of his most famous #1 hits live including “Livin’ On A Prayer,” “You Give Love A Bad Name,” “I Was Made For Lovin’ You,” “Dude Looks Like A Lady,” and “Livin’ La Vida Loca.”

Desmond Child has had more than eighty Billboard Top 40 singles to his credit which have sold over 500 million records worldwide in addition to downloads, YouTube views and streaming plays in the billions. His current single with Ava Max, “Kings & Queens,” as reached #1 in Europe this summer making it his 6th decade of #1 hits. From Aerosmith to Zedd, Child has collaborated with super-star artists including KISS, Bon Jovi, Cher, Barbra Streisand, Kristin Chenoweth, Joan Jett, Alice Cooper, Motley Crew, Cyndi Lauper, Christina Aguilera, Selena Gomez and many more. This Fall, Child along with his original band members in Desmond Child & Rouge, will be releasing their two re-mastered albums, DESMOND CHILD & ROUGE and RUNNERS IN THE NIGHT on BMG Rights including a newly recorded dance re-mix of their hit “Our Love Is Insane.” In 2021, on BMG Books, Desmond Child will be releasing his autobiography LIVIN’ ON A PRAYER: BIG SONGS BIG LIFE with David Ritz.