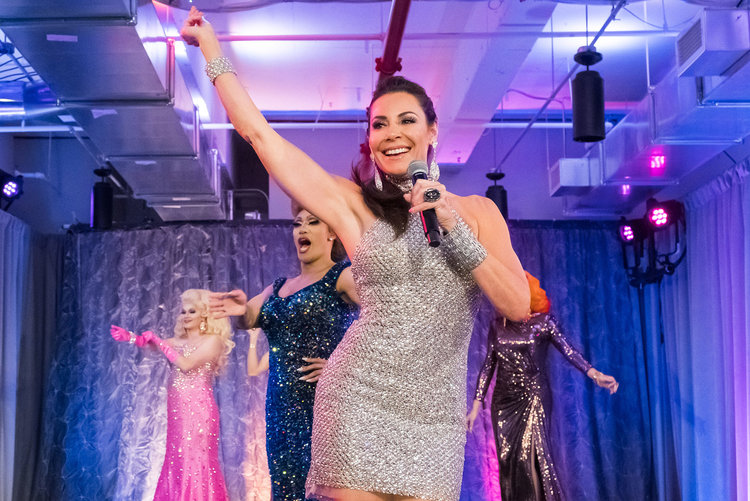 Get ready to hit repeat on the RHONY cast member’s new single.

Summer may be winding down, but Luann de Lesseps has just released a track that might make the perfect late entry into the song of the summer debate. The Real Housewives of New York City cast member dropped “Viva La Diva” on Friday (August 21) and we are dancing in quarantine to it. It’s the uptempo dance anthem that 2020 needs. It’s currently playing on loop for the weekend and beyond.

Luann worked with Grammy-winning producer Desmond Child on the bumping track. In addition to hitting the studio with the Countess, he’s previously worked with pretty much everyone from Katy Perry to Selena Gomez to Cher to Kiss to Bon Jovi and LeAnn Rimes, to name a few. BTW, he’s the man behind hits like Ricky Martin’s “Livin’ La Vida Loca,” “The Cup of Life,” and “She Bangs,” as well as Sisqo’s “Thong Song”(!!).

Luann first teased the release of “Viva La Diva” in late 2019 at BravoCon. Of course, Luann is a prolific diva herself. “Viva La Diva” follows in the designer-clad footsteps of jams like “Feelin Jovani,” “Girl Code,” “Chic C’est La Vie,” and “Money Can’t Buy You Class.”

“Once a diva, always a diva… loved working with you [Desmond],” Luann wrote about her latest collaborator.