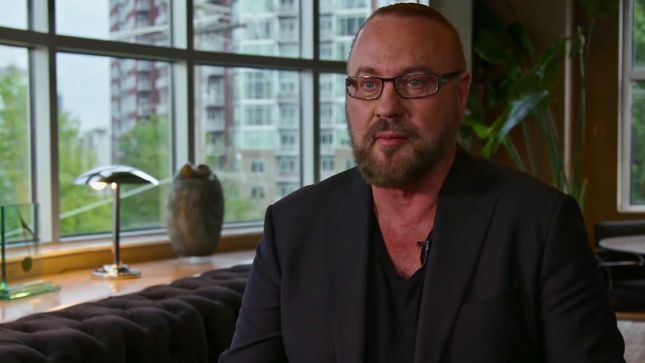 Desmond Child, with songwriting credits including Bon Jovi’s “Livin’ On A Prayer” and “You Give Love A Bad Name”, Alice Cooper’s “Poison”, KISS’ “I Was Made For Lovin’ You”, as well as Aerosmith’s “Dude (Looks Like A Lady)” is featured in the video below offering a look into how he went from being a performing musician to a songwriter, revealed his first official hit, and Desmond Child received the ASCAP Founders Award at the performance rights organization’s annual ASCAP Pop Music Awards, held in Beverly Hills on April 23rd, 2018.

Said ASCAP President Paul Williams of Childs: “Desmond is one of the most respected and successful songwriters in the world. His unique ability to capture the essence of our lives through song — whether we’re livin’ la vida loca or livin’ on a prayer – is simply unequaled. We are honored to present Desmond with the ASCAP Founders Award in recognition of his towering achievements. With #1 hits spanning five decades now, Desmond surely has many more milestones still to come.”

Added longtime collaborator Jon Bon Jovi: “The Desmond you don’t know about is the one who not only taught me the next level of songwriting but so many of the true aspects of friendship: truth, honor, and loyalty.”