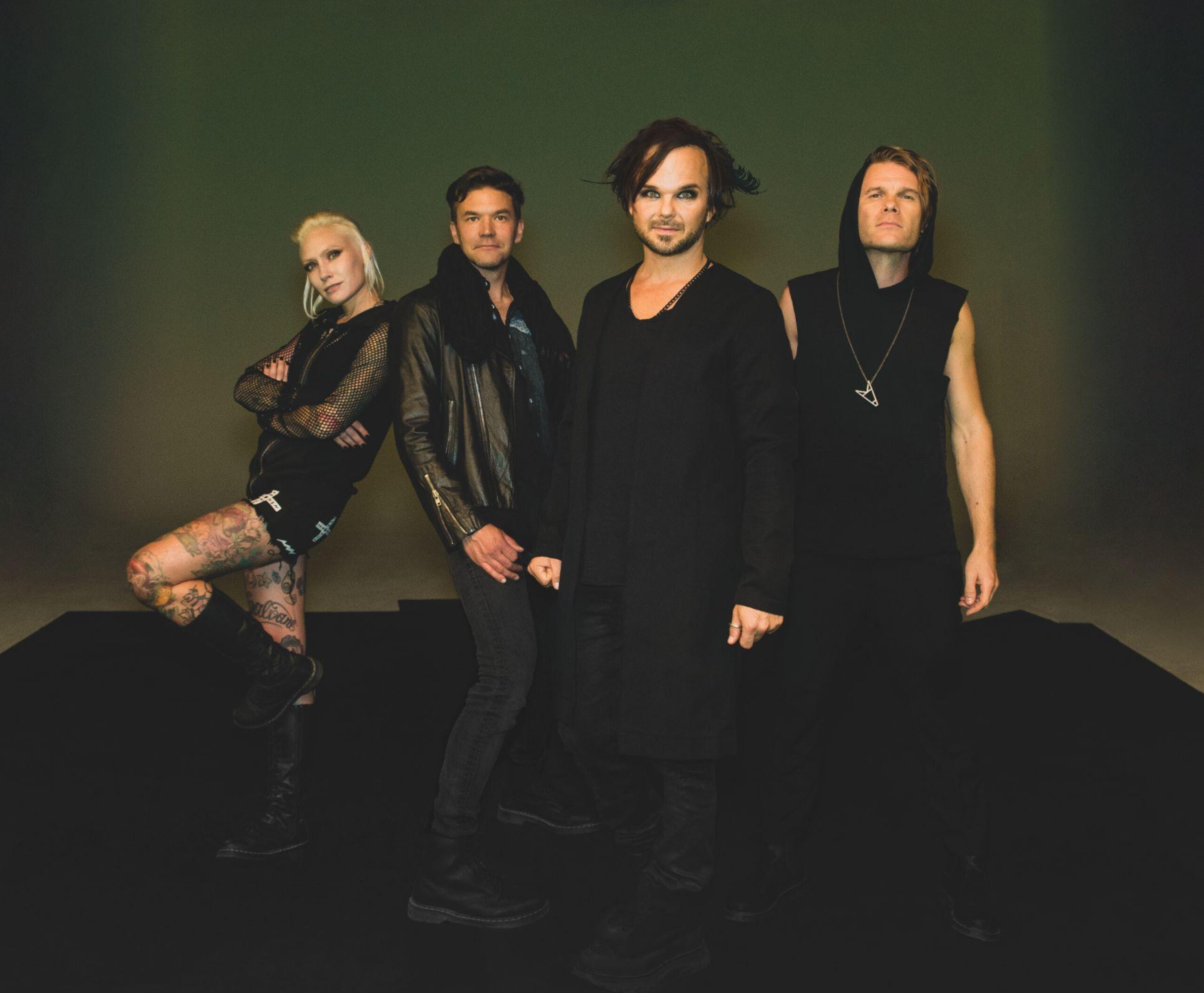 Multi-platinum selling Finnish rock band The Rasmus have revealed that they have entered Finland’s annual Eurovision selection contest, UMK, Uuden Musiikin Kilpailu (The New Music Competition). The band have also announced the release of their Eurovision entry bid and new single ‘Jezebel’ which will be available on 17th January 2022 via Playground Music. Pre-save it here.

‘Jezebel’ was co-written and produced by Desmond Child, who collaborated with The Rasmus on their seventh studio album ‘Black Roses’. Child is responsible for formulating some of rock’s biggest hits, with co-writer and production credits on iconic songs by KISS, Bon Jovi, Aerosmith and Alice Cooper, to name a few.

Singer Lauri Ylönen comments: “It was awesome to work with Desmond again. He really knows how to put a hit song together. Jezebel is about a girl who takes what she wants, without asking. A free spirit.”

Speaking about the collaboration, Desmond Child says: “Lauri gives me a call and says ‘Hey, I need to write the biggest, greatest song in the entire world, ever. Will you do it [with me]?’ and I said ‘Yeah but I am in Folegandros (Greece)’ and he says, ‘I’ll be right there’.
Jezebel is an homage, a tribute, to the strong women of today, who own their bodies, who are in charge of their sensuality, their sexuality, and who are determined to be an equal.”

The UMK winner and Finland’s next Eurovision Song Contest participant will be chosen at the UMK22 event in Turku Logomo on February 26, 2022. The final will be shown live on Yle TV1, Yle Areena and Yle’s radio channels from 9 pm to 11 pm EET. The winner will be chosen by TV viewers and the International UMK Jury. Those outside of Finland can watch the show at https://areena.yle.fi/tv

There is more big news to share from The Rasmus, as they have announced that founding guitarist Pauli Rantasalmi has left the band. Pauli comments:

“I have decided to make my departure from the band and seek for new adventures and challenges in life.
I want to thank everybody that has made this journey possible,
especially all you amazing Fans, for the best moments and memories, I Love You.
I`m eternally thankful to my band brothers for everything and wish the best from the bottom of my heart. Lauri, Aki & Eero, I Love You.

“This is not the end, it’s just time to turn the page””

The remaining band members emphasise that it is an amicable split. “We have always been like a family, more like brothers than a band. We are still very good friends, and we wish Pauli all the best,” says Lauri.

The torch is passed to Finnish guitarist and singer, Emilia ‘Emppu’ Suhonen. Speaking of her invitation to join the band, Emppu says: “I got a very surprising call in the fall and answered YES. Although I was a bit nervous to go to the rehearsal room with the guys for the first time for a test drive, I still had a strong feeling that this would be a good thing. That feeling turned out to be right and playing together felt totally natural right from the first riff. I am The Rasmus’ new guitarist, and it’s pretty insane to be on this ride!”

Emppu began playing the guitar when she was 5 years old and at 13, she made her album debut with the band Tiktak, who went on to become one of Finland’s biggest rock bands in the early 2000s. Since then, she has played in several bands including Dame, Alavala and Mira Luoti, amongst other projects.

“At the moment I’m getting ready for the UMK and the upcoming gigs with this awesome band I’m now in, The Rasmus”, says Emppu. “Being part of this group is a dream come true on so many levels.”
Whist fans eagerly await the release of ‘Jezebel’, they can revisit the previously released singles from the band’s upcoming as-yet-untitled album:
“Venomous Moon” (feat. Apocalyptica): https://youtu.be/71fGZWoncZQ
“Bones”: https://youtu.be/dMfRJofGyIs