Songwriters Make A Stand In Washington 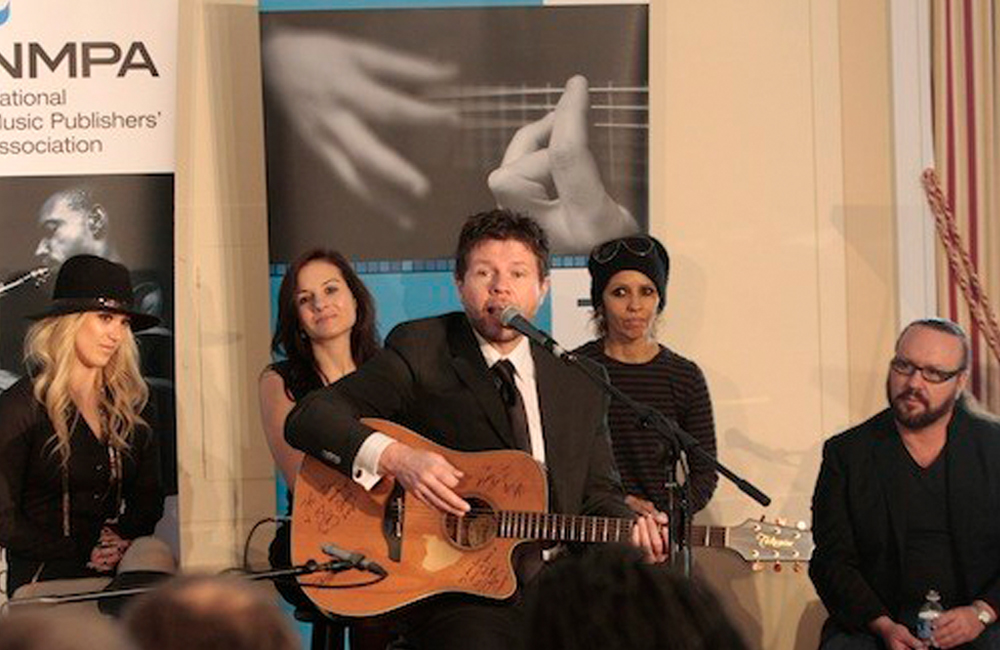 The bill would change the royalty rates paid by non-interactive online streaming radio services, such as Pandora. The company, and others like it, are seeking a lower rate, which they argue would spur digital music innovation. Most music industry organizations and trade groups oppose the bill, including SoundExchange, RIAA, the Recording Academy, ASCAP, BMI, SESAC, NSAI and NMPA. More on the background here.

“The bill at hand deals with payment to the record companies, but [Pandora and other internet radio services] have also sued the P.R.O.s to lower the rates paid to songwriters and publishers,” explained Miller. “We were here to arm lawmakers with information about songwriters before the hearing.

“You can argue all you want about how to split up this pie, but remember we [songwriters] created 100 percent of this product. There was nothing and we made it up out of thin air.” Referencing the numerous jobs that surround music production, including careers at record labels, publishing companies, CD packaging, distribution and digital music, he continued, “Everybody else is trafficking in goods that we made. As you devalue the product, jobs go away in an already fragile industry. It’s ludicrous to go into the digital world with an assault to further devalue what is already being unfairly compensated.”

Miller performed alongside Kara DioGuardi, Linda Perry, Desmond Child, and BC Jean at the press conference, hosted by NMPA and NSAI, prior to the hearing.

“We played five songs, one each, and it was very well received,” Miller continued. “We played huge hits and explained to the press that the five songs had won multiple awards. In the last quarter, they collectively had 33 million spins on internet radio, and collectively we were paid $500. It was very powerful. I pointed out that I’m not famous, I don’t sell concert tickets or have another income stream. I write songs and I’m dependent on the royalties to raise a family. We wanted those in attendance to understand the rate internet radio is currently paying, before they went into the hearing and heard Pandora complain about unfair rates. We put a face with the creation.”

Herbison explained, “[Songwriters and publishers] get paid from a share of the ad revenue that is on the free part of Pandora [and there aren’t many ads]. I’ve been doing this 25 years, and I’ve never felt such emotion as was in that room today, based on those songs. Even some of the articles written by the tech industry today were some of the fairest I’ve seen. If the argument is that new technology gets preferential treatment on the price they have to pay for the creative product they’re distributing—that’s not what history shows. Thomas Edison put a needle to a wax cylinder and records were born and fair rate was set. Then radio came along and a fair rate was set.” He said he sensed fatigue among lawmakers, who have been asked to restructure rates several times since the dawn of the digital age. As for this bill, he added, “the next step depends on whether or not members of Congress reintroduce the legislation next year. It was a good day for songwriters and their side was presented fairly.”