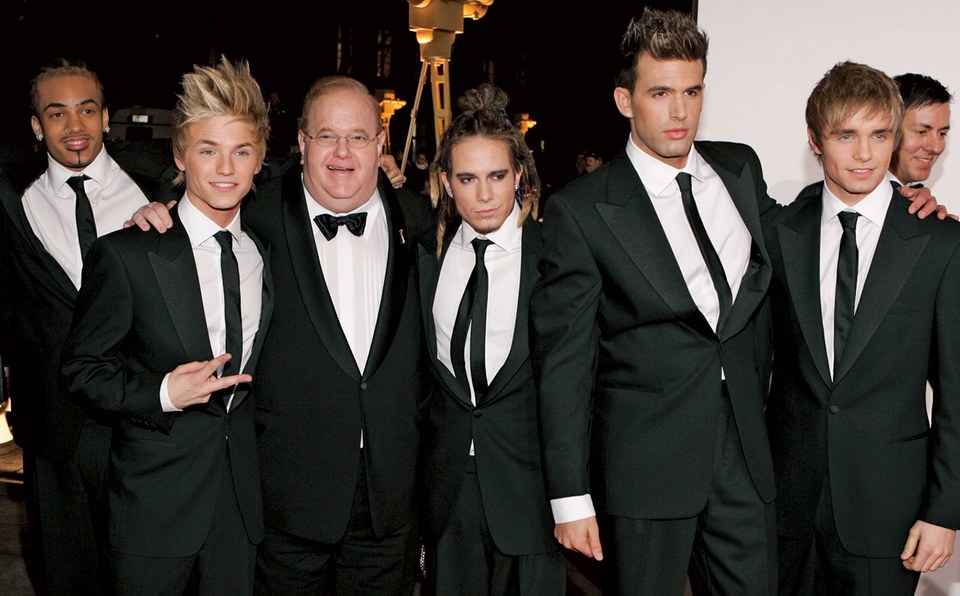 Years after shepherding his boy bands to global stardom, Lou Pearlman was caught on the run and pleading guilty to conspiracy, money laundering and making false statements during a bankruptcy proceeding. By some estimates, he swindled investors out of more than $500 million, partly by creating a phony private jet company he called Transcontinental Airlines. Sentenced to 25 years in prison in 2008, he served eight years before dying in prison nearly a year ago.

ThinkFactory, Child and Carlsson have rights to 2007 Vanity Fair article titled “Mad About the Boys” by Bryan Burrough and 2008 crime thriller The Hit Charade by Tyler Gray, upon which the series will be based.

Child and Carlsson are frequent collaborators who have penned hits together or separately for Backstreet Boys and *NSYNC along with big hits by Aerosmith, Bon Jovi, Ricky Martin and many others. Child is in the Songwriters Hall of Fame.

“We’re incredibly excited to be working with the gifted Desmond Child and Andreas Carlsson in telling the story of Lou Pearlman and his world,” said Grief, who will exec produce with Child and Carlsson. “The music business is in ThinkFactory’s DNA, and I can’t think of a better follow-up to our successful limited series Sun Records about the birth of rock ‘n’ roll in the 1950s than this story of fame, excess and the birth of the boy bands in the 1990s. Desmond and Andreas wrote the huge songs of the era and knew Lou Pearlman — they lived this story. They are the special ingredients that will help us tell this compelling tale as nobody else can.”

Said Carlsson: “Lou Pearlman changed the course of popular music, and what he envisioned created the entertainment business as we know it today. I couldn’t think of better partners than Desmond and Leslie to bring the most exciting chapter of my career to life.” Added Child: “I am absolutely thrilled to join forces with Andreas Carlsson, Leslie Greif, ThinkFactory and our UTA team to bring Lou Pearlman’s larger than life story to the screen.”

UTA and Bob Lange of Kleinberg Lange are repping the project, which is separate from a planned Pearlman biopic to which Child and Carlsson were attached last year. They no longer are involved in that project.

Leslie Grief’s ThinkFactory Media is teaming with hitmaking songwriter-producers Desmond Child and Andreas Carlsson on The Lou Pearlman Story, a limited series about the man behind megaplatinum boy bands Backstreet Boys and ‘NSYNC who went from mogul to inmate after being convicted of running a huge Ponzi scheme.