For nearly three decades, songwriter-producer Desmond Child has reigned as one of music’s most successful creative forces. His accolades include Grammy awards, over 70 Top 40 singles and songs that have sold more than 300 million albums worldwide. Child’s career has been highlighted by a stunning array of diversity.

His collaborations run the gamut: from Bon Jovi and Aerosmith to Ricky Martin, from KISS to Kelly Clarkson, from Cher to Katy Perry. Child’s experience as a recording artist played a role in his songwriting future. His songs caught the ear of KISS guitarist Paul Stanley. The result was “I Was Made for Lovin’ You,” which is still one of the biggest hits in the KISS catalog. Stanley then passed Child’s phone number to New Jersey rockers Jon Bon Jovi and Richie Sambora. The three ended up in the basement of Sambora’s parents’ house, where they penned Bon Jovi’s first #1 single, “You Give Love a Bad Name.” The collaborations continued with more chart-toppers like “Livin’ on a Prayer” and “Bad Medicine.” Child soon began duplicating the feat with Aerosmith – “Dude (Looks Like a Lady),” “Angel” and “Crazy,” among others.

During the same period, he co-wrote Joan Jett’s “I Hate Myself for Loving You” and all of the tracks on Alice Cooper’s Trash LP (including the hit single “Poison”). Child began branching out, co-penning songs with Michael Bolton, Cher and more. In the late ’90s, Child returned to his Latin heritage via collaborations with Ricky Martin, including the #1 smash “Livin’ La Vida Loca” and the 1998 World Cup Theme “The Cup of Life,” which hit #1 in 22 countries around the world. Child and Martin recently had another high charting album with Música + Alma + Sexo.

Other recent projects include: Kelly Clarkson, Carrie Underwood, Selena Gomez, Katy Perry and new artists De La Torre and The Hummous. Desmond Child was inducted into the Songwriters Hall of Fame in 2008 and serves on its Board. For more info about the ASCAP Board of Directors visit: https://www.ascap.com/about-us/govern…

http://www.ascap.com . The ASCAP Board of Directors are 12 songwriters and composers and 12 music publishers whose collective experience and vision steer the world’s leading performing rights organization as it builds a stronger future for music creators. 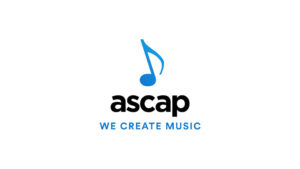